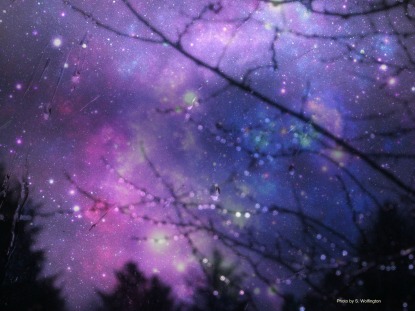 I wish the following excerpt were written by me, but it’s not. It comes from David James Duncan, “What Fundamentalists Need for Their Salvation”, Orion Magazine. He, like me, cut his teeth on fundamentalism, so we both know a bit about it. I want to share a brief excerpt with you as it strikes a deep chord within me that I, myself, aspire to, but don’t always live up to.

The article was written during the era of President G.W. Bush, however, the author makes numerous salient points that could be applied to any extremist belief system. There is a middle path between the far left or the far right points of view. A middle path that would unite rather than divide, that would find the commonality in us all rather than the differences. Extremism, hate driven zealotry whether coming from Christian, Muslim or Jew or any other religious or political ideology, seldom comes to any good end.

“True evangelism based on the example of Jesus (whether you believe in him or not–my words) does not suggest the ‘missionary zeal’ of self-righteous proselytizers. It implies, on the contrary, the kind of all-embracing universality evident in Mother  Teresa’s prayer: May God break my heart so completely that the whole world falls in.” Not just fellow nuns, Catholics, Calcuttans, Indians. The whole world. It gives me pause to realize that, were such a prayer said by me and answered by God, I would afterward possess a heart so open that even hate-driven zealots would fall inside. There is a self-righteous knot in me that finds zealotry so repugnant, it wants to sit on the sidelines with the like-minded, plaster our cars with bumper stickers that say, ‘Mean People Suck’ and ‘No Billionaire Left Behind’ and ‘Who Would Jesus Bomb?’,  and leave it at that. But my sense of the world as a gift, my sense of a grace operative in this world despite its terrors, propels me to allow the world to open my heart still wider, if the openness comes by breaking–for I have seen the whole world fall into a few hearts, and nothing has struck me as more beautiful.”

The hardest thing you will ever do is tell yourself the truth. This is about that. Vulnerability, becoming comfortable with ambiguity and answers that don't always arrive when we think they should. Living in that liminal space, a threshold of not always knowing becomes a sweet spot, a place of opening again and again.

Flowers I've Loved with Pics to Prove It